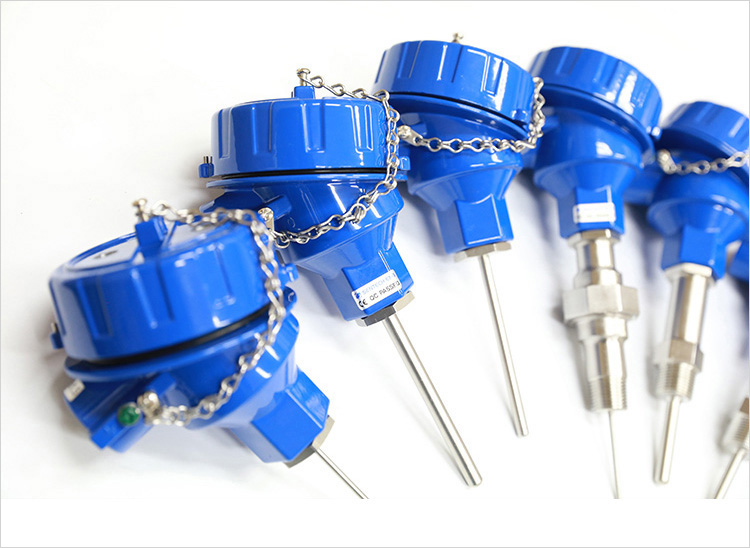 - Structure: Element + Insulation + Tube(one end opened)
Welding two different metals depending on the thermocouple type and insert into the tube with insulation. welded part is called "Hot Junction" and the opposite side is called "Cold Junction". thermocouple measures the temperature by the electromotive force between the hot junction and cold junction, so, cold junction always maintain 0℃ for comparison with the hot contact.

- Wiring: Thermocouples are basically composed of two different metal wires. And it can be doubled according to a measuring point.(2, 4, 6...) materials and range according to the type are shown in the table below. 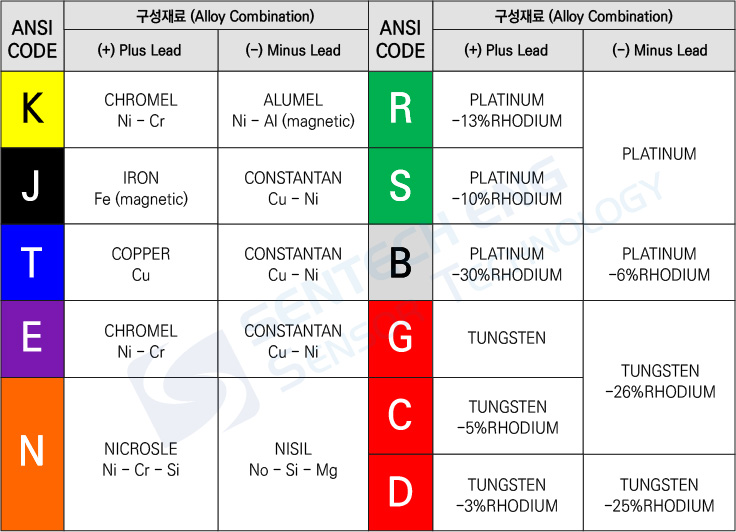 - Specification: The operating temperature and error for each type according to the standard are in the table below. 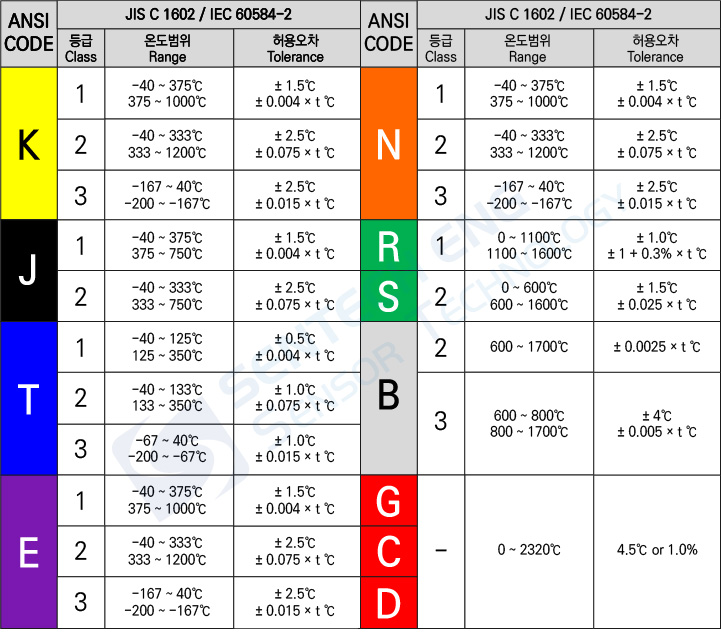 A Resistance Temperature Detector (RTD) is a type of temperature sensor that measures temperature according to the resistance value. RTD has excellent accuracy and stability, So it is usually used in industrial sites that require precision such as laboratories and test institutes.

- Structure: Sheath or Wire made of platinum (PT), copper, nickel, is welded with RTD elements. There are ceramic, glass and film, RTD elements, users can choose the element depending on a environment, operating temperature, and price.

- Wiring: The wiring of the RTD element is divided into 2 wires (A,B), 3 wires (A,B,b), and 4 wires (A,a,B,b) and each additional wire(a,b) compensate the measured resistance value. so the 4 wires have the least error.

RTD has these characteristics,
so it is used in many industries requiring a high accuracy and stability.